Welcome to the release of the 2020 GPL Demonstration Mod! It's our special gift to the GPL community on this New Years Eve.

Our hope is that the demo will not only showcase GPL's modern features, but also encourage new drivers to join us.

The demo is also a tribute to the original Papyrus team that developed GPL back in 1998 and the many modders, too numerous to mention here, who have kept this racing simulation alive and vibrant for the last 22 years. Thanks to all the talented people who created GPL and the mods and tracks that made the 2020 Demo possible.

The demo is based on the previously released Legends of GPL mod, but includes updated graphics for cars and tracks.
The included cars are the championship driver's car from each the of the mod years and the iconic 1967 Lotus 49 which Graham Hill used to win the driver's championship in 1968.

Although the cars use updated graphics, their physics are the same as their original mods. For example, the '55 Mercedes W196 uses its physics from the '55 F1 Mod, .etc. The mod uses a special patch to ensure that each car's physics is identical to the original. As a result, each car performs and feels the same as always.

The demo is a complete GPL installation and can be used to install full versions of all previously released mods.

Be sure to view the Read Me instructions before installing the mod. The mod includes an automatic installer program, but you can manually install instead if desired.

The demo has its own website and promotion video courtesy of Stefan Roess. Please visit it to read more about GPL, this demo, and other valuable information. 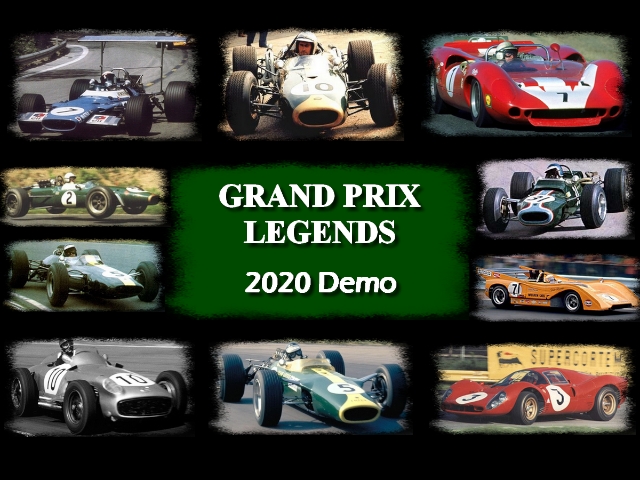 Thx for this. It's good for people who want to be acquainted with GPL in a quick fashion.
I think I'm not even installing it but moreover I cherish the neatly organized collection of links, hints and tools! GPL needs such a "bible"! Well done creators!